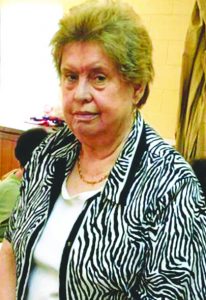 Victoria Coomer, 82, of Louisville, formerly of Adair County, died Sunday, March 8, 2020 at the Norton Women’s and Children’s Hospital in Louisville.

She was born September 30, 1937 in Adair County to the late Leslie Paul and Laura Annie Rowe Coomer.  In addition to her parents, she was preceded in death by her daughter, Kelli Coomer; one brother, James Leslie Coomer; and five sisters, Lena Bryant, Lula Purvis, Irene Warner, Louannie Estes and Jean Grant.  Victoria was retired from General Electric Company, a former employee of the Jefferson County Public School System and of the Methodist faith.

Visitation after 10:00 a.m. Thursday until time of the service.