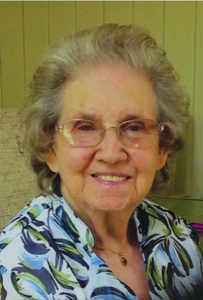 Vanola B. Coomer Estes, 92, of Louisville, Ky and formerly of Columbia, Ky passed away peacefully on Friday, March 6, 2020 at her residence with her family by her side.  Born in Adair County she was the daughter of the late Daniel Newton and Lula Alfred Turner Coomer and wife of the late Thomas Wesley “T. W.” Estes, Sr.

Mrs. Estes was a member of the Trinity World Outreach Church in Louisville, Ky and formerly attended the Columbia Church of God.  She loved spending time and traveling with her family, attending church, reading the bible, working puzzles, quilting and crocheting.

Funeral services were held Wednesday, March 11, 2020 at the Stotts-Phelps-McQueary Funeral Home with burial in the Fudge Cemetery.