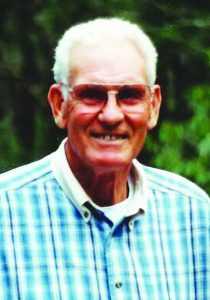 He was born July 12, 1934, in Adair County, to the late Tom and Mary Frances Furkins Smith.  In addition to his parents, he was preceded in death by a daughter, Diane Smith, five brothers, Rufus, Garnett, Richard, James and Davis Allen Smith, and four sisters, Dorothy Perry, Louise Stotts, Jewell Hardin and Shirley Gilpin.  Gordon was a member and Deacon Emeritus of Columbia Baptist Church, a U.S. Army Veteran, formerly employed by Ingersoll Rand and a farmer.