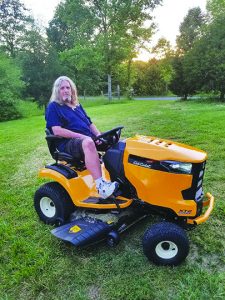 Jeffrey Paul MacCharles, 63 of Breeding, died Friday February 7, 2020 from cancer at the Glasgow Nursing and Rehabilitation.

He was born September 22, 1956 in Park Forest, Ill. Jeff was the son of the late William Farquhar MacCharles and Burt Norcross Cannon. He is survived by; Debra of Breeding, one son Jeff MacCharles, Jr. of Calif, and a daughter, Amanda. He is also preceded in death by one son Jesse MacCharles and two sisters Bunny Mechum and Sandi.

Celebration of life service is March 1, 2020 at the Columbia United Methodist Church at 12:15 p.m. with Pastor Rob Hoffman officiating.

Cards may be sent to P.O. Box 22 Breeding Ky, 42715. Per his wishes his body was donated to science and will be cremated at a later date.