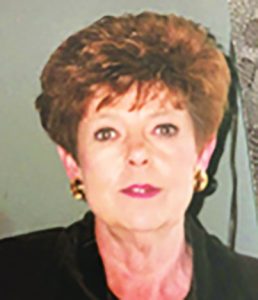 She was born February 9, 1942, to the late James Lewis and Helen Kelsay Moore and was also preceded in death by her husband, Donald Harvey on February 6, 1994, a member of Egypt Christian Church and a Mary Kay consultant for many years.

In lieu of flowers, donations of Gideon Bibles or to the WINGS of Egypt Christian Church would be appreciated and can be left at the funeral home.