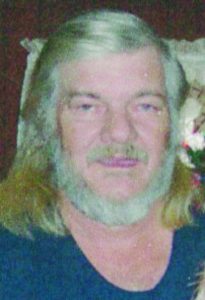 Mr. Lowell Douglas Walden of Columbia, son of the late Andrew Richard and Anna Francis (Johnson) Walden, was born in Oldham County on May 24, 1955. He departed this life on Saturday, January 25, 2020 in Adair County at the Westlake Regional Hospital. He was 64 years, 8 months, and 1 day of age.

He had made a profession of faith in Christ and attended Bethlehem Baptist Church. He was a carpenter and farmer by trade, and a member of the Simpsonville Volunteer Fire Department over 40 years. He loved being able to help his community – collecting donations for the Crusade For Children was a favorite time of year for him. He was an avid UK basketball fan and a collector of Elvis memorabilia.

The funeral service to honor the life of Mr. Walden was held on Tuesday, January 28, 2020 in the chapel of the L.R. Petty Funeral Home, 1765 New Columbia Rd, Campbellsville, KY. were Bro. Joey Hicks officiated. Burial followed in the Pierce Community Cemetery.

The family asks that expressions of sympathy be considered in the form of donations to the funeral expenses. Those can be made in person at the funeral home, or online at www.lrpetty.com/donations.