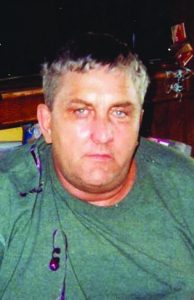 He was born November 4, 1955 in Owens Crossroads, Alabama.  He was preceded in death by; his father, Gordon Flippo; one daughter, Jenny Turner, and two grandchildren.

Glen was a truck driver and currently employed by Rogers Trucking Company in Columbia.

Burial folllowed in the  A.B. Turner Cemetery in the Chance community.