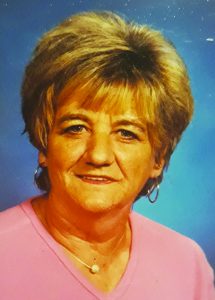 She was born June 10, 1951, to the late Robert Mitchell and Estelle Marie Corbin Ford.  In addition to her parents, she was preceded in death by; her husband, Sidney Austin Foster, four brothers, Charles, Billy, Donnie and Gary Ford and three sisters, Betty Greer, Mary Helm and Teresa Burton.

Burial followed in the Bearwallow Cemetery.