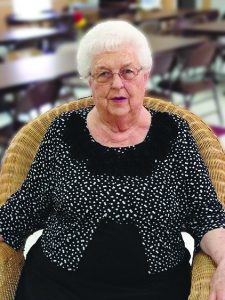 Aldine Dockery, 84, of Russell Springs, died Tuesday, January 14, 2020 at the Russell County Hospital. She was born April 10, 1935 in Russell County to the late Jason B. and Josephine Dunbar Wilson. She was a homemaker and a member of Square Oak Separate Baptist Church.

In additon to her parents, she was preceded in death; by a son, Rex Dockery and a brother, Clifford Wilson.