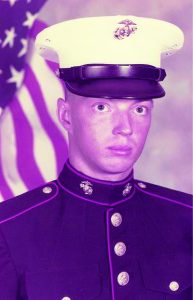 Rodney Keith Bailey, 56, of Tullahoma, Tenn died Saturday, December 28, 2019 in Tullahoma, Tenn.  Born in Franklin, Ind he is the son of Vitis and Alberta Cowan Bailey of Columbia.

He was a member of the Grace Bible Church in Goodlettsville, Tenn, a veteran of the U. S. Marine Corp, a member of the Indian Motorcycle Group in Tenn and was a volunteer at the Fallen Hero’s Family Camp.

In addition to his parents, Vitis and Alberta Bailey, he is survived by; a sister Vanessa Causey (Danny) of Wilmington, N.C.; two brothers Kelvin Bailey of Columbia and Justin Bailey (Jamie) of Russell Springs; five nieces and nephews Jeremy Bailey, Kalli Bailey, Joie Bailey, Katie Roberts and Mason Lawhorn; a great nephew Will Shackow and several friends and other relatives.

Funeral services were held January 1, 2020 at the Stotts-Phelps-McQueary Funeral Home with burial followed in the New Hope Cemetery.