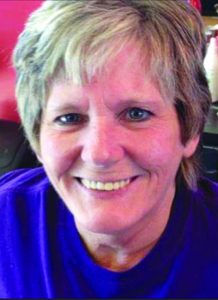 Patricia Kaye Burton, 57, of Columbia died Monday, December 30, 2019 at the Hosparus Inpatient Care Center in Louisville, Ky.  Born in Columbia, KY she was the daughter of the late Robert Mitchell and Estelle Marie Corbin Ford and wife of the late James Marshall Burton.  Mrs. Burton was of the Baptist faith.

In addition to her parents and husband she was preceded in death by; six siblings Charles Ford, Billy Ford, Donnie Ford, Gary Ford, Mary Helm and Betty Greer and her maternal grandparents Ambrose and Pearl Corbin.

Funeral services were held Saturday, January 4, 2020 at the Stotts-Phelps-McQueary Funeral Home with burial followed in the Columbia Cemetery.