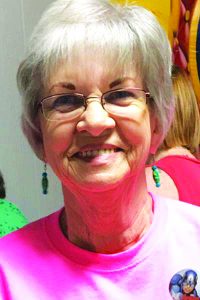 Inis Pearl McKinney, 73, of Campbellsville, Ky died Monday, December 30, 2019 at the University of Louisville Hospital.  Born in Dirigo, Ky she was the daughter of the late James Cohen and Josephine Stotts McKinney.

She was a member of the Robinson Ridge Baptist Church and an artist that loved to paint and work puzzles.

In addition to her parents she was preceded in death by a sister Onie Mae Wheeler.