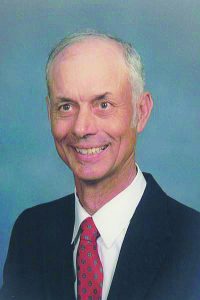 Estil Jessee, 87, of Columbia died Tuesday, December 31, 2019 at T. J. Health Columbia.  Born in Metcalfe County he was the son of the late Carver and Nellie Estes Jessee.

Mr. Jessee was a member of the Trinity United Methodist Church serving as the oldest Usher for several years and a veteran of the U. S. Army.  He was a truck driver for Shell Oil Co. and a farmer.  He loved his tractor and being involved with tractor shows in the area, winning many awards.

Survivors include; his wife Gladys Davis Jessee and a step daughter Jane Reed both of Columbia.  In addition to his parents he was preceded in death by, a son Lewis Jessee, a brother Autrice Jessee and a sister Beatrice Hagan.

Funeral services were held Friday, January 3, 2020 at the Stotts-Phelps-McQueary Funeral Home with buria followedl in the Antioch Cemetery.

In lieu of flowers donations may be made to the Green River Animal Shelter or the Adair County Family Resource Center. Donations may be left at the funeral home.