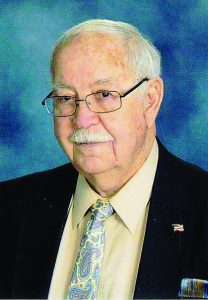 He was born on Sunday, March 1, 1953, in Columbia, Ky., the son of the late Elmer Ray and Sarah Jane Frost Redmon.

In addition to his parents, he was preceded in death by a daughter, Ina Faye Copley.

He was the husband of Joyce Redmon of Russell Springs.

He was a member of Faith General Baptist Church and a truck driver.