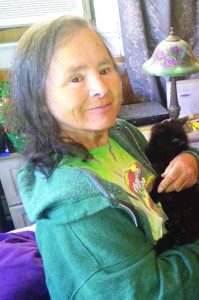 Connie Paulene Franklin Holmes, 68, of Russell Springs, Ky died Wednesday, December 25, 2019 at the Lake Cumberland Regional Hospital in Somerset, Ky.  Born in Adair County she was the daughter of the late Jim and Pearl Spoon Franklin.  Connie loved spending time with her family and her pets.

In addition to her parents she was preceded in death by a sister Florene Franklin and a brother Johnson Lee Franklin.