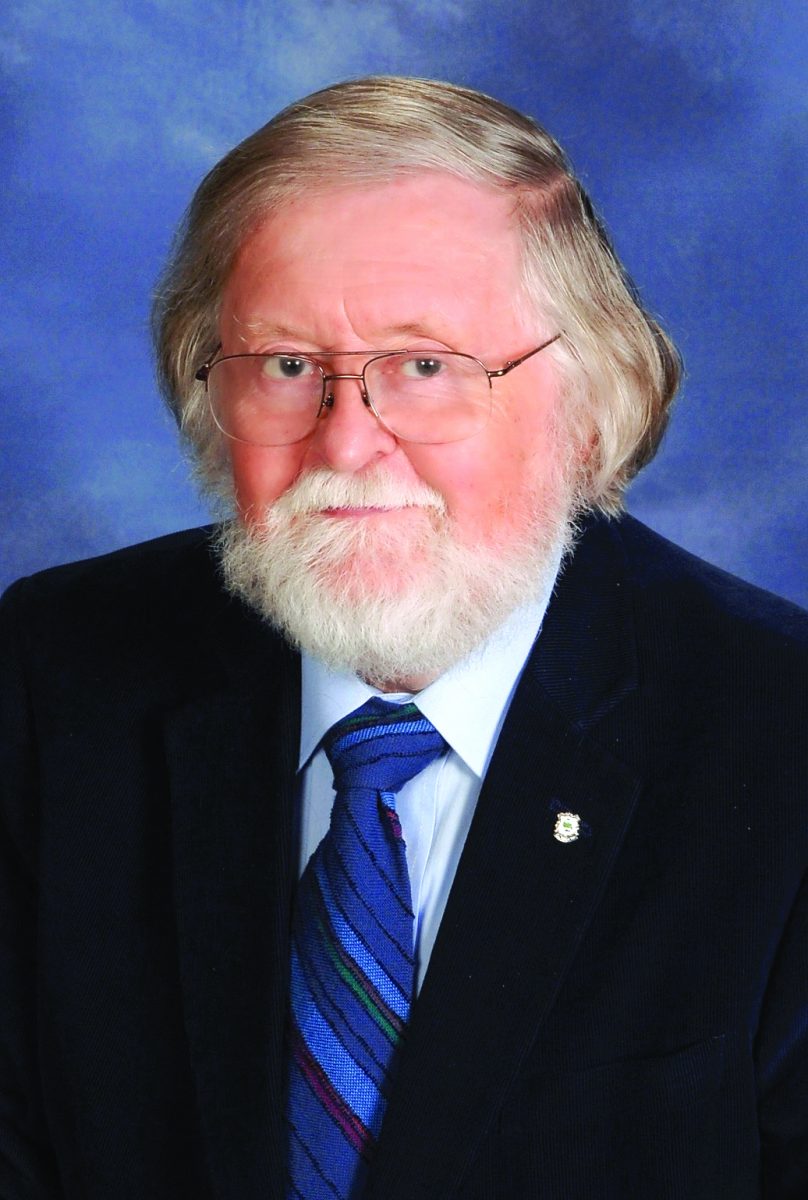 Glenn P. Glasgow, M.S., Ph.D., FAAPM, FACR, age 75, passed away on Monday, October 28, 2019, following a brief battle against idiopathic pulmonary fibrosis.  As in life, he was surrounded by his family at the time of his death.

Glenn Patrick Glasgow was born in Columbia, Ky and from his earliest childhood, exhibited the zest for knowledge that would define his time with us as a life-long scholar.

After moving to River Forest, IL, he enjoyed decades of professional success as a tenured professor of Radiation Oncology at the Loyola University Stritch School of Medicine, while also working in the Department of Radiotherapy for Loyola Hospital and the Hines VA Hospital, in Maywood, IL.  Among his proudest professional accomplishments, he was a Fellow of the American College of Radiology and a Fellow of the American Association of Physics in Medicine, the highest recognitions in his field.

During his 40+ years of experience in Therapeutic Radiological Physics (‘78-ABR) and Health Physics (‘82-ABHP) Glenn contributed extensively to his discipline, serving on national committees, including as President of the Midwest Chapter of the American Association of Physics in Medicine, and authoring/co-authoring 188+ manuscripts, many of which were in his specialty areas of brachytherapy, radiation shielding, facility design, radiation safety, high dose rate remote afterloading, total body irradiation, medical radiation regulations, licensing, quality assurance, and program evaluations as well as in general radiological physics.  Although his 29 page curriculum vitae is a testament to his numerous professional accomplishments, it is the many post-doctoral students that he trained and mentored, whose careers and successes he followed with great pleasure, who will serve as his professional legacy.

In retirement Glenn returned home to Kentucky and found a new path. He established “Glenn P. Glasgow, PhD – Quality Consultations in Medical and Health Physics,” a consulting business providing expert witness testimony.  Once the entrepreneurial spirit took hold, it expanded to other areas – Glasgow Bank and Trust (a family lending enterprise) and Glasgow Enterprises, LLC (a property management company for his family farms in Kentucky).

Beyond his professional life, Glenn’s interests were varied, the definition of a renaissance man.  He loved storytelling and humor, always holding court around the dinner table at family gatherings.  He was an avid reader interested in history, philosophy, religion, cosmology, finances, science and mathematics (with a few thousand books in the libraries of his many homes).  As a young man he learned to sail by reading and loved taking his Lindy Lou out on the Ohio River as a member of the Louisville Sailing Club (Lindy Lou being his beloved Sunfish boat, not his wife).  He relished time spent on both intellectual and social endeavors in Louisville, as a member of the Humanist Group at the Thomas Jefferson Unitarian Church, an officer in the local chapter of the American Association of Individual Investors, and as part of a group of pool playing buddies who knew him as “Eightball.”  He filled the house with his photography pictures of family, friends and items and places of interest to him. He also studied German, listened to classical and country music, and the list goes on and on.

Throughout it all, Glenn shared this path with his wife, a true partner whom he adored, Lyndia (Lindy) Glasgow.  In recent years, Glenn and Lyndia enjoyed traveling to their home in California to visit with their daughter, Elizabeth, in whose accomplishments Glenn took even more pride than his own, and their (soon-to-be) son-in-law, Eric Burnheimer.  In Louisville, Glenn took special joy in his role as “U.G.” (short for Uncle Glenn) to Rosalind, Vivian and Willa Thompson teaching them to play chess, spending endless hours on games of Monopoly, and playing “school” (he was the student).

Whether he was Glenn, Pat, Sweetheart, Dad, U.G. or Professor, he meant the world to each of us in his own way.

His final messages to us were: “Be Forever The Student” and “Family Love Conquers All”.

Funeral services were held Saturday, November 2, 2019 at Grissom-Martin Funeral Home, Columbia, Ky, followed by interment in Columbia Cemetery.  A memorial service will also be held on Sunday, November 10, 2019 at 2:00 p.m. (Eastern) at Thomas Jefferson Unitarian Church, Louisville, Ky.  All are welcome to attend the memorial service.