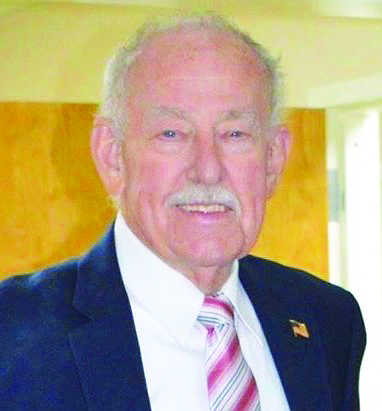 He was born February 20, 1936, in Adair County to the late Walter C. and Lillie Hardin Arnold.

In addition to his parents, he was preceded in death by; the following siblings, Russell, Winfrey and James Arnold, Rachel Ferguson and Louise Corbin.

He was a member of Columbia Church of Christ, a retired truck driver and a carpenter.

He is survived by: one son,  Bradley E. Arnold, Jr. and his wife, Margaret of Lake Placid, Fla.; one brother, Billy Joe Arnold of Streator, Ill.; one sister, Kathleen Combest of Hollywood, Fla; caretakers  John and Missy Arnold of Columbia; several nieces, nephews and other relatives.

Funeral service will be Friday, November 15, 2019 at 1:00 p.m. at Grissom-Martin Funeral Home with Terry Smith officiating.

Burial will be in the Columbia Cemetery. Visitation after 10:00 a.m. Friday.