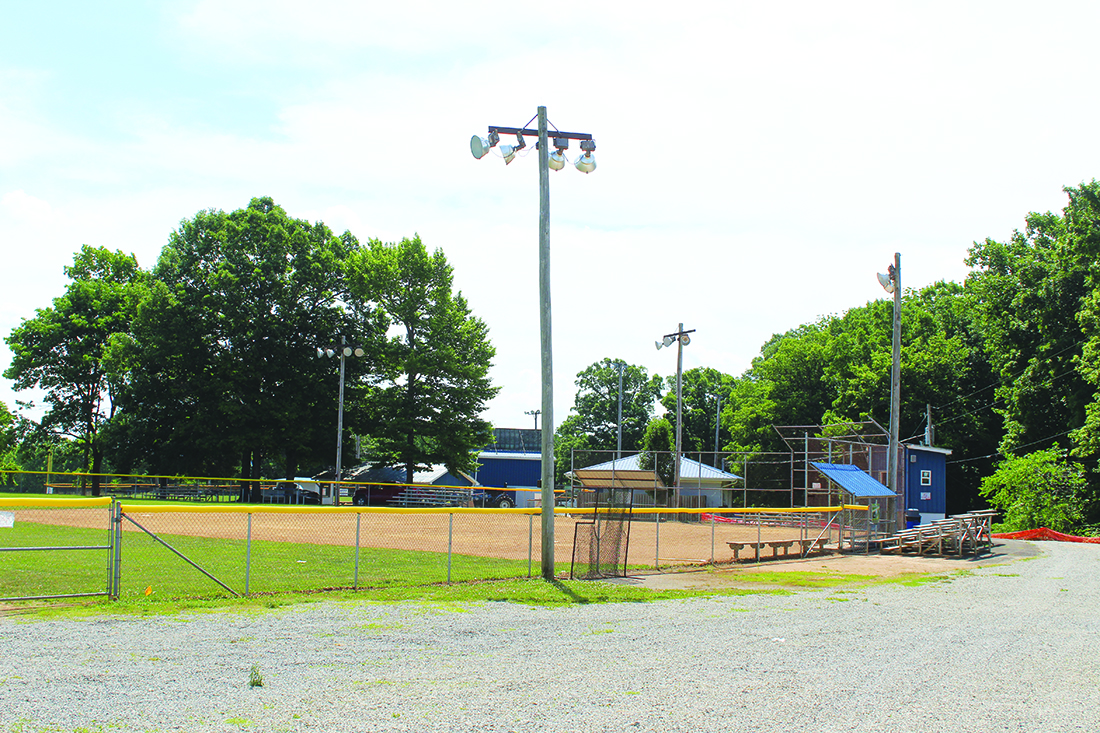 G&L Farms’ work to expand the area behind Field #2 is complete with more space for spectators and better drainage to alleviate the stresses to the grounds. Photo by Drew Bergman.

When baseball resumes this Monday at Joe Johnson Park, players, officials, family, and friends will be greeted by revamped grounds and brand-new scoreboards.

“The facelift that you see out there is of course thanks to the city to have the funds available for it,” said Adair County Little League President Jacob Burton. “Three or four years ago we got Little League under the umbrella of the city to open our park and make it as nice as the ones in surrounding counties and surrounding cities.”

Back in April, The Adair Progress detailed the work that Shad Giles and his crew at G&L Farms had done improving the drainage and accessibility around Field #2 and Field #3. Their improvements, particularly behind Field #2 will be helpful in promoting social distancing this season.

This week, men were back out again as Craig Lasley and Terry Johnson from the City of Columbia’s Parks and Recreation Department worked with Taft Neal, the Grounds Keeper with Lindsey Wilson College’s Plant Operations, to raise the new scoreboards at each of the three fields.

“We struggled in that area for a long time because we had a hard time making ends meet after paying regular expenses,” Mr. Burton said, “so the city is to be commended and Mayor Hoots has done a great job getting things done out there and really taking personal care in how it looks. That’s a great reflection on our city for people who come in and aren’t familiar with the park.”

Mayor Pamela Hoots was on hand Wednesday as the last of the three new scoreboards was raised over Field #1 and she reflected back on what has been accomplished at the park over the past year. “Last year and this year we’ve tried to do work out here at the little league park. We’re amazed by the improvements,” she said. “We want to thank Craig, Terry, and Taft and we appreciate Lindsey Wilson College and Taft for coming out and doing this for us. It does take a village, doesn’t it?”

ACLL President Burton shared his appreciation for the men as well as for Lindsey Wilson College who supplied the bucket truck that Lasley, Johnson, and Neal used to raise the scoreboards. “That couldn’t have been done without their help,” he said. 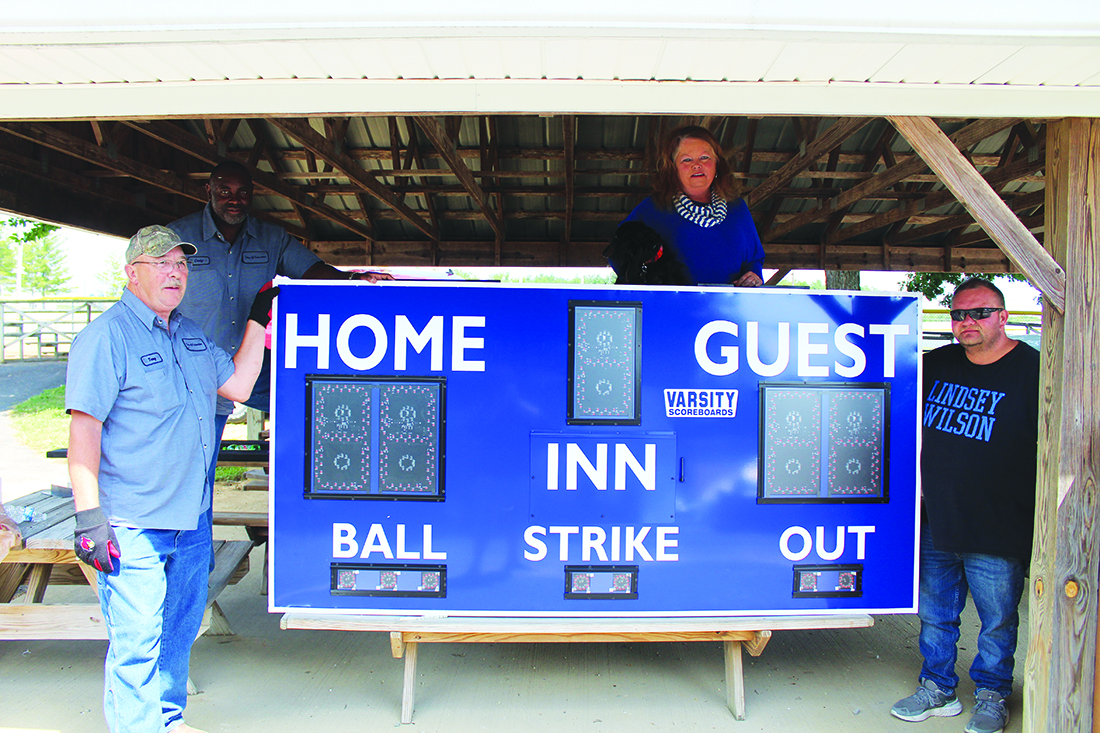 Terry Johnson and Craig Lasley from parks and rec, Mayor Pamela Hoots with Jakky, and Taft Neal from Lindsey Wilson pose with the final scoreboard to be installed at Joe Johnson Park, this one sponsored by Downey Eye Clinic. Bottom: Lasley and Johnson at work on the installation. Photo by Drew Bergman.