Former Blue Raider Spencer Moeller continues to live his dream of playing professional soccer, having recently signed with and played for the Los Angeles Force of t 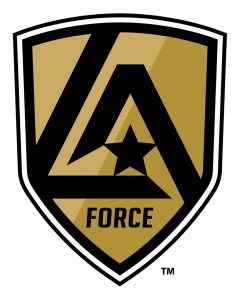 Moeller came to Lindsey in 2016 after a year at each at Memphis and Monmouth. While he described his college career as “unimpressive,” he has been able to overcome a slew of injuries to

keep his dream, and his career, alive.

“This has been a crazy journey of not being in one place for more than a year at a time, but it led me to my dream of playing professionally so it was all worth it,” he said. Following his time as a Blue Raider, Moeller travelled east and played for a seventh division football club in Germany.

Injuries plagued Moeller throughout college and his early professional career, eventually costing him his spot on the German team.

“I had so many injuries I had to overcoming and recover from over my career starting with two concussions in freshman year, torn meniscus, fractured nose, town hamstring, and deviated septum surgery. Overcoming all the setbacks and recoveries from these injuries, I had to be positive about my career moving forward and I had no doubt in my mind that I could play professionally someday,” he said. “This core belief system is what allowed me to sign a contract, if you can’t believe in yourself how can you expect anyone else to believe in you.”

Moeller explained what helped him gain this insight and belief system, “I had a mentor coming right out of college that really helped me find light in the darkness.”

The Lindsey Soccer coaches, particularly Coach Ray Wells, saw the potential that Moeller possessed and his drive toward continued improvement and they sold the program to him, recruiting him for his final two college seasons. Moeller says he really benefitted from the diversity of the team. Whereas many NAIA schools are limited in their recruiting outreach, Lindsey pulls athletes from across the globe.

“We had guys from all over the world, guys who spoke French, German, and Spanish. This diversity is what separated Lindsey’s program from others.” It was during these final college seasons that Moeller started to change his focus, “Lindsey helped me more with player performance and what I needed to do to make it more than the connections that some people gain from their college playing. I was able to find out a lot about myself and what I needed to work on, how to improve my playing skills and my confidence in myself.”

It was the experiences and lessons learned at LWC that helped him move forward with his dream, however it was not an easy and smooth transition from college to a professional contract like we see so often in other sports.

Moeller shared “I really had no connections coming out of college and coming off an injury and not a lot of playing time didn’t help in two years at Lindsey I only played 17 or 18 matches which sounds okay but split over two years is only about eight matches each three-month season.”

Once his contract was terminated in Germany, Moeller returned to the states and this is where he started to focus on the key elements that would lead him to play for the LA Force. “At that point, was up to me to send emails, and messages to build my own network of coaches and scouts.”

He took a leap of faith moving to California in hopes of connecting with a team or club. He spent much of this year practicing in his own back yard due to the closures during the COVID-19 pandemic. “I used this time to work on personal weaknesses and to improve where I had struggled in the past.” While not everyone was able to use the lockdowns as a time of growth, Spencer said, “COVID-19 actually helped me by allowing me to focus on what was important and master my weaknesses that had been holding me back from signing a contract.”

Since signing he was able to play in a four-game tournament in Detroit with eight other teams in which he played four out of five matches. “It has been a very fast season. We had no spring season due to COVID-19” Usually a club will have 8 or 9 games in the spring and then 8 or 9 in the fall during a normal year.

With most states now starting to relax many of the pandemic related restrictions, “we are now in an upswing looking at next year’s season with fans being allowed back in stadiums to support the league as a whole.”

Now in the off season, Moeller is focusing on training and preparing for the 2021 spring season. To follow his progress, you can find him on YouTube at his page, Spencer Moeller. He’s also active on Instagram, providing insights into the life of a soccer player, and offering advice on training and techniques. Spencer has been active on these platforms since his time at Lindsey, which now allows viewers to track his journey from college to overseas, and back to the states.

Spencer passed along his main message for athletes at any stage in their career. “You’ll fail more than you’ll succeed at this sport and I didn’t see that until I started college. Each failure or injury was just something I used to build on and as a step to where I wanted to be. The confidence to believe you can make it is what will set you apart in this sport, you have to believe you can make it.”