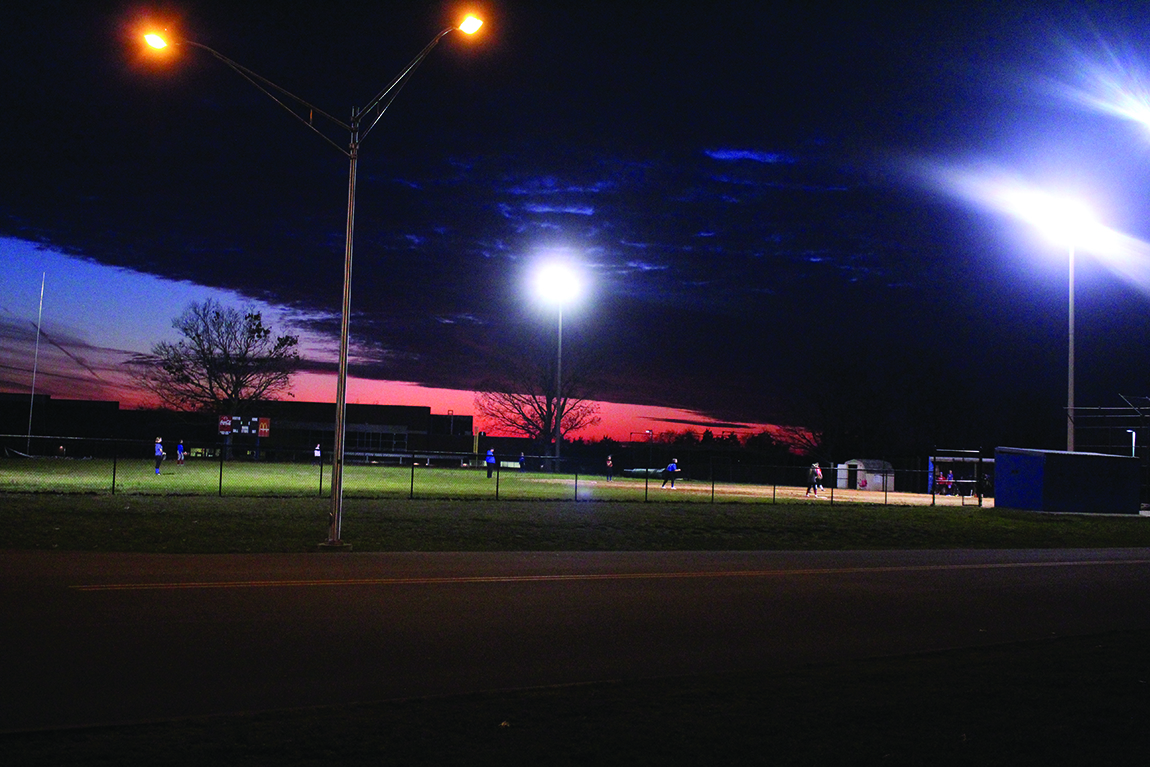 The Adair County Lady Indians softball team will kick off their 2020 campaign on Monday, March 16 at Clinton County High School. If you’ve been on the high school campus in the evenings this past year, you may have seen new head coach Keith Brown in the field and under the lights with his team getting ready for that day.

“I’m tickled to death to have the opportunity to coach,” Brown said. “I really appreciate the opportunity that [Adair County High School Principal Troy] Young and [Athletic Director] Brent Campbell have given me here. We have such a great group of girls and I’m blessed.”

Apart from their work in the field, Brown has also had the Lady Indians busy at the other facilities open to Adair athletes.
“We’ve been in the weight room two nights a week on Mondays and Wednesdays and then on Tuesdays and Thursdays we’ve been inside taking ground balls and hitting in the batting cages.”

The players’ work has impressed Brown, as well as the results he’s seen in their play.

Last season the Lady Indians graduated three seniors, Ashley Hadley, Kendyl Hardin, and Shaylen Hatcher off a team that went 9-20, but won four of their last seven games before falling to Marion County in extra innings in the district tournament.

This year’s team will again feature three seniors and Brown has nothing but praise for them. “I’ve got real good senior leadership this year with [outfielder] Maggie Young, [pitcher] Carrie Smith, and [infielder] Gracie Huckaby. I think they’re going to do good. They’ve already been helping out a lot with the younger girls who are coming up. I’m really satisfied with my seniors. They’re being the kind of leaders I asked them to be at the beginning of the year.”

Along with that senior leadership, Brown can rely on his junior and sophomore classes, both of whom while young, are not untested. “They’ve already got experience playing varsity at the end of last year. We’ve got a really good core of players.”

Brown already has most of the core of his team together and once the basketball season ends he will return infielder Carli Carter and catcher Kaylee Campbell over from the Lady Indians basketball team and freshman Tatum Lewis from cheerleading.

“The main thing is that I want us to be good on defense and get our players into their positions,” Brown said. “It’s a new year with a new start. We’ve been working a lot with defense to cut down on errors and make our opponents earn their runs. They’ve been hitting the ball well all offseason.”

From what he’s seen this offseason, Brown is optimistic for the season and expects to see the Lady Indians play winning ball. “We want to have a winning record to send these seniors out with and we want to be competitive within our district, so our goal this year is to win the district.”

Brown played high school ball at Russell County and has stayed involved in softball since graduating. This is his first season as the head coach of a team. “Coaching lets me stay involved in the sport I love.”