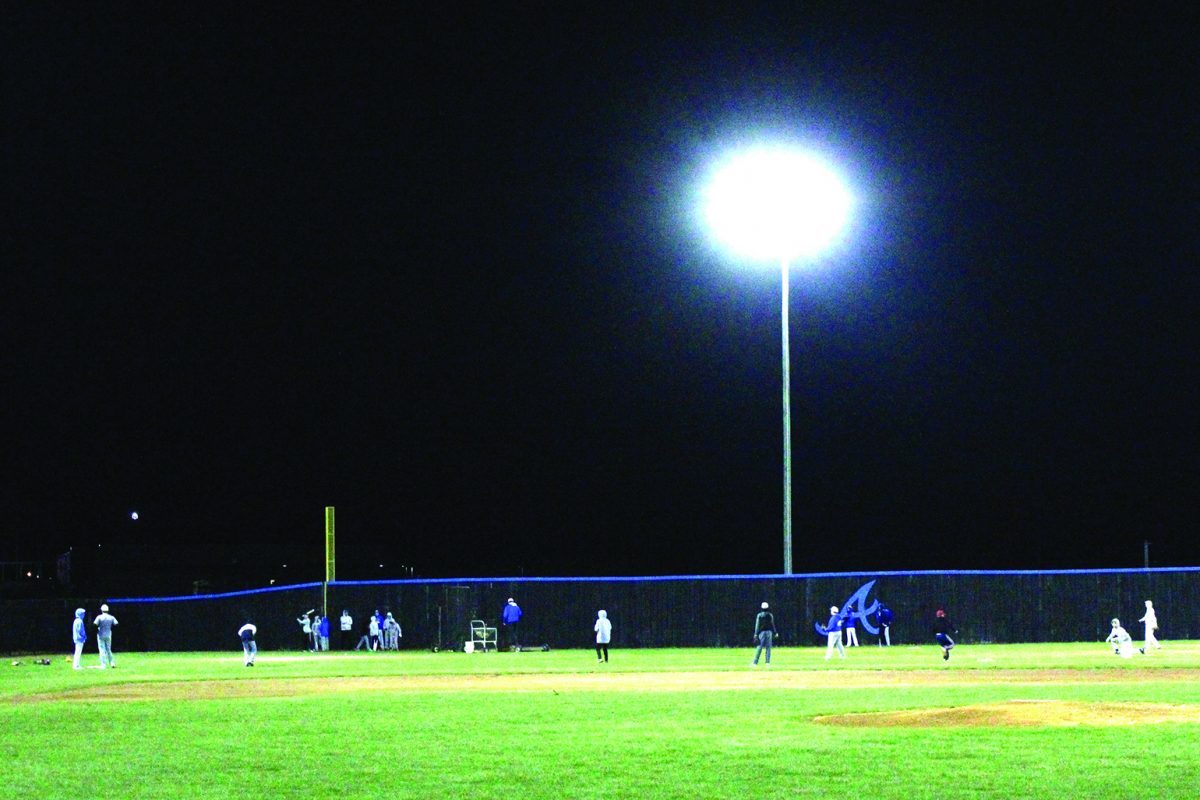 What is key for returning head varsity baseball coach Ryan McQueary is that they all think of themselves as Adair County baseball players first and foremost. That together they are all members of a program that begins in the local little league parks and culminates at Indian Field.

“To me, a program is continuous and ongoing,” McQueary said, “and it overlaps at all levels with the ultimate goal of becoming a high school player and joining the family of former baseball players well beyond their playing days.”

Last year McQueary returned to coach the middle school team, giving him an immediate familiarity with many of the underclassmen on a team that could be returning as many as 17 members from last year’s squad. Since being hired on this past fall McQueary has had time to work with the upperclassmen who will be leading the high school team.

“This fall we had open field, which is non-mandatory workouts,” McQueary said. “In November and December we hit the weight room three days a week and since the first of the year we’ve worked with more baseball-skills stuff and cut our time in the weight room back to one day a week.”

Apart from managing the middle school players, McQueary has found other ways to maintain his presence in the baseball community, such as serving on the board for the area’s little league program.

While serving in those capacities, McQueary also embraced the role of lifelong learner by reaching out to other coaches across central Kentucky for inspiration in designing a new operating philosophy and praxis for Adair County baseball.

That philosophy starts with how players and coaches think of themselves at every level here.

Some of these changes will be harder and require the effort of the entire Adair baseball community. “I want to see skills being taught at an age-appropriate level from the high school level all the way down to the little league level the same way.” Along with the common purpose in skills, McQueary would also like to see a common purpose reflected in communication. “I would like to see the same baseball language being used at the high school level to be used at the middle school level and similar language used at the little league level.”

Recently, the middle and high school teams held their tryouts (full rosters and schedules will be available in the Spring Sports Preview on March 19) and while McQueary and his assistants evaluated players on the tangibles of the sport such as speed, agility, and overall hitting and fielding ability, they also took into consideration who the players are as people.

“An Adair baseball player,” according to McQueary, “gives 100 percent of his effort to his coaches and team,” he manages himself and maintains his equipment and is responsible to and for the grounds he plays on.

“[H]e expects to win and learns not to be satisfied with losing, is always on time for meetings, practices, and games, loves to work at his craft,” and has the utmost commitment to improving himself as a person, a teammate, a member of the community, and a player.
McQueary has been involved with baseball for almost his entire life, “From the moment I could hold a ball my late Papa, Arvin Marshall, introduced me to the sport and I am forever grateful for that.” His gratitude is seen in his total dedication to Adair baseball and looks to be reflected in the play and sportsmanship of his players.