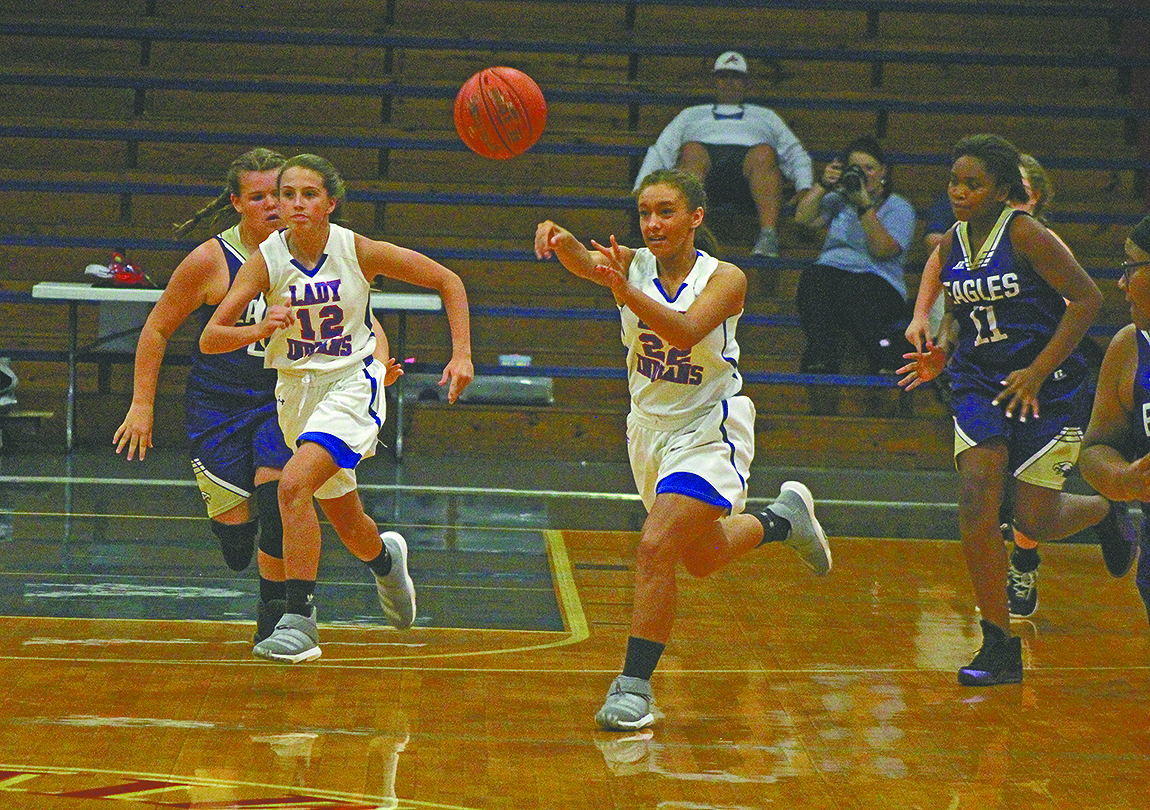 The Adair County Middle School Lady Indians will be travelling to Lexington this weekend to compete in the 2019 Kentucky Basketball Commission State Tournament.

The 8th Grade Lady Indians went 15-1 this season, winning both the regular-season and tournament championships of the Central Kentucky Middle School Athletic Conference.

This is the second-straight trip to the KBC tournament for this group who made the journey last season as 7th graders. The 2018 squad split their pool games against Rockcastle and Elkhorn (Frankfort) before losing in the tournament to Whitley.

Middle School and KBC rules allow players to play up into the next grade level, so joining the 8th graders will be members of the seventh and sixth-grade teams who also travelled to Lexington last year to compete as sixth and fifth-graders.

Starting for the team will be forwards Ellie Cheatham, CKMSAC 8th Grade Player of the Year, and Sarai Collins and guards Arieanna Jones, Lily Loy, and Hannah West.

Coaches Whitney Coe and Jerald Bryant continue to lead the team they have seen through a fantastic 2019 campaign.

The Lady Indians play a defense that is by turns smothering and opportunistic and when coupled with their fast break offense, they have been a nightmare for opponents all season long.

There will be two pool games for each team on Saturday followed by the KBC tournament itself. The schedule was not available at press time, but is now available at the KBC website or on their app.

Games will be held at the KBC Hoops building between the Champs Entertainment Complex and the Homewood Suites by Hilton hotel in Lexington. Main court games are free to stream through the Apex Sports app.