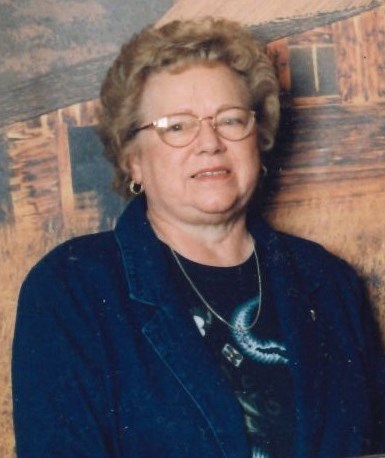 She was born in Breeding, on February 12, 1932, to the late Ray and Delpha Coomer McKinney. In addition to her parents, she was preceded in death by her husband, Philip England; one son, Greg England; and one brother, Alfred McKinney.

She was a member of Grider Memorial Baptist Church in Glasgow and retired as a Lunchroom Office Assistant from Watson Lane Elementary School in Valley Station.

The funeral service was on Saturday, May 11, 2019 at 1:00 P.M. at Grissom-Martin Funeral Home with Bro. David McKinney officiating.

Burial was in Fudge Cemetery in Breeding.

In lieu flowers, the family would appreciate a donation to the Alzheimer’s Association. Envelopes will be available at the funeral home.