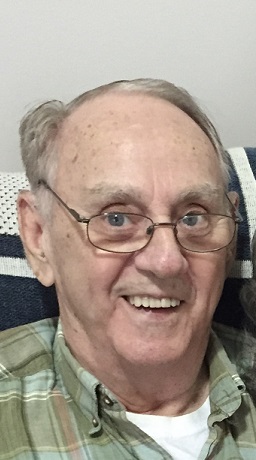 Lewis Lee Hardin, 85, was born December 20, 1933 in Adair County. He passed away peacefully Monday, April 22, 2019 at 9:15 P.M., after listening to old gospel tunes, some prayer, and a lot of family love. He was the son of the late Estil Lee Hardin and Idoma Goode Hardin. He was a believer in Christ.

He was a veteran of the Korean and Vietnam Conflicts having served his country honorably in the United States Air Force.

He was a former employee of Lake Cumberland Regional Hospital.

Lewis struggled with Alzheimer’s for several years, and now he is at peace. Somehow, he handled the diagnosis and all the horrible effects with grace.

Some of his most favorite things were the Wildcats, family Rook games, big Hardin family reunions, camping on the riverbanks, fishing, finding a good fishing hole, finding crazy worms to go fishing, talking about fishing, and frying fish for family and friends. He was kind of famous for his loud laughter, back-slapping hugs, love of dancing, and pitching children high into the air with them screaming, “do it again.” All his nieces and nephews (and there are a bunch, as Lewis was one of ten, including his twin sister!) still talk about the delight they felt when he was around. He loved playing with them almost as much as fishing.

He was preceded in death by one brother and two sisters, William Hardin, Celestine Siers and Beulah Watson.

Words cannot convey the family’s appreciation for Bluegrass Assisted Living in Campbellsville and the Radcliff Veterans Home. He was loved and well cared for by many.

The burial was in the Lebanon National Cemetery.