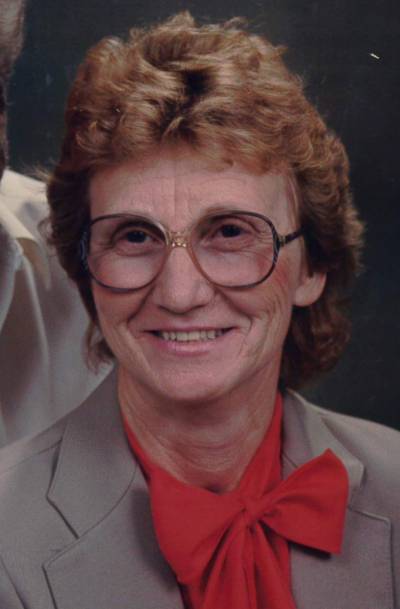 Chris Ann Neat of Columbia was called home by our Lord Jesus on Saturday, March 2, 2019 at her residence. Born on January 16th, 1937, she blessed the world for 82 years.

Chris was widowed at an early age when Bruce Slaven passed leaving her to raise three small children. She later met and married Dennis Neat. She always said Dennis was the best thing that ever happened to her as he was a hard-working provider, a loving husband and a patient father to her children.

Chris was a member of the Sparksville Church of the Nazarene. She was a hard-working lady, well known throughout Adair County, as she was the Outreach Worker for Lake Cumberland Community Services for several years until her retirement. After retirement she was often seen getting her meals at McDonald’s where she enjoyed talking to her friends. She was well known for her generous heart, quick wit, and her feisty temperament.

She loved God and gave her life to our Lord Jesus Christ.  She maintained a huge respect for good morals and kindness.  She could not tolerate abuse of the very young or the elderly.  However, her children said she wielded a mean switch whenever their behavior called for it. Chris loved animals and her gardens. She was a true farm woman! She could grow the biggest gardens and canned many vegetables; she took pride in the fruits of her labor. She glowed whenever family and friends bragged on her good home grown southern cooking. The only thing she bragged about more than her gardens was her children and grandchildren.

The funeral services were at 11:00am on Wednesday, March 6, 2019 at the Stotts-Phelps-McQueary Funeral Home with burial in the Sparksville Baptist Church Cemetery.

Visitation was on Tuesday from 4:00-8:00pm at the funeral home and continued Wednesday until time for the service.

In lieu of flowers, donations may be made to Hosparus of Southern KY or Alzheimer’s Foundation.