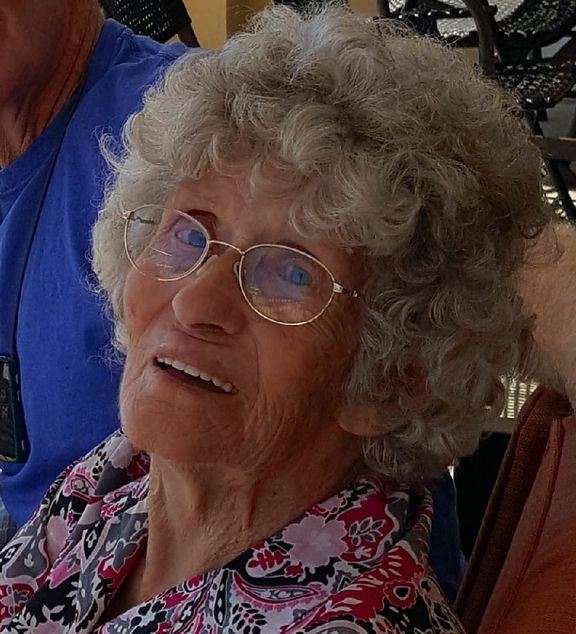 Evelyn Smith, 98, formerly of the Coburg Community, died Thursday, February 7, 2019 at The Grandview in Campbellsville.

She was born August 26, 1920, in Taylor County, to the late William Lloyd and Ada Perkins Hitch. In addition to her parents, she was preceded in death by her husband, Rufus Smith on July 23, 2005 and by two brothers and two sisters, Jack and Sylvan Hitch, Flora Mae Caffee, and Mary Beatrice Smith.

She was a well-known seamstress, always sewing for somebody, and a member of Kellyville Community Church. She tried to take care of everybody in the neighborhood by cooking, sewing, providing transportation, and just helping anybody she could.

The funeral service was on Monday, February 11, 2019 at 11:00 A.M. at Kellyville Community Church with Bro. Stanley Watson officiating.

In lieu of flowers, donations to Hosparus of Green River or Kellyville Community Church would be appreciated. These can be made at the funeral home.