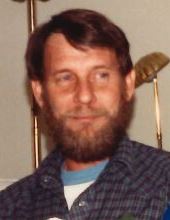 He was born April 14, 1951, in Adair County, to the late Paul and Alene Kimbler Kelsay.

In addition to his parents, he was preceded in death by a granddaughter, Haylee Kelsay and a step-daughter, Maranda Young.

Jerry was a former construction worker.

The funeral service was on Monday, December 31, 2018 at 1:00 P.M. at Grissom-Martin Funeral Home with Bro. Jimmie Cox officiating.

Burial was in Freedom Cemetery.

The family served as the casket bearers.