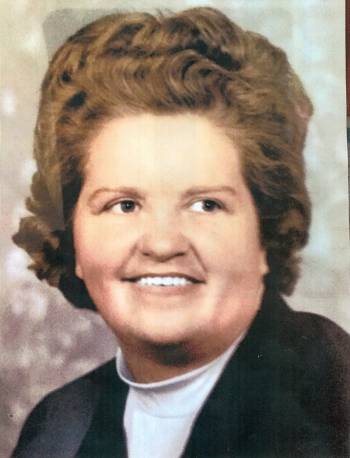 Nell Engle Baker, 101, of Owensboro passed away peacefully with her son and daughter-in-law, Dwight and Patty, by her side on Friday, December 7, 2018 in Owensboro.

She was born August 20th 1917 in Harlan County to the late Henry and Lucy North Engle.  She was preceded in death by her husband of 51 years, Bill Baker, whom she wed on August 20th 1938.  She was also preceded in death by a son, Billy J. Baker; three sisters, Ida Creech, Elva Jean Harper and Lilly Morgan; and three brothers, Herbert Cawood Engle, Elvin Howard Engle, and Woodrow Wilson Engle.

She was a member of Owensboro Church of Christ. She was a schoolteacher and taught Sunday school at Laurel Mission.  She was also a merchant and retired Post Master in Big Laurel.  Nell enjoyed working in her garden, working puzzle books and watching Wheel of Fortune.  She spent the last several years living with and enjoying her time with her son and daughter-in-law, Dwight and Patty Baker, along with their yorkies that she also loved to spend time with.

The funeral service was at 1:00pm Sunday, December 9, 2018 at the Stotts-Phelps-McQueary Funeral Home with burial in the Russell Springs Cemetery.

The family would like to extend a special thank you to everyone that assisted with Nell’s care.