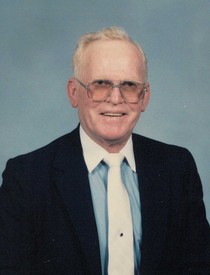 Denzil was born on October 22, 1924 in Cumberland County to the late Jessie Curtis and Sibbie Sharp Smith.  He was a member of Burkesville Church of Christ, had worked for several bridge construction companies for many years and was a farmer.  Denzil served in the U.S. Army during World War II.

In addition to his parents he was preceded in death by his wife, Georgia Lee Bull Smith; one grandchild, Rodney Smith; and four siblings, Bera Gwinn, Lucille Strange, Lerell Smith, and Leslie Smith.

The burial was in Burkesville Cemetery.

Expressions of sympathy may take the form of a donation to Hospice of Lake Cumberland, 100 Parkway Drive, Somerset 42503.

Ballou & Stotts Funeral Home is in charge of the funeral arrangements.