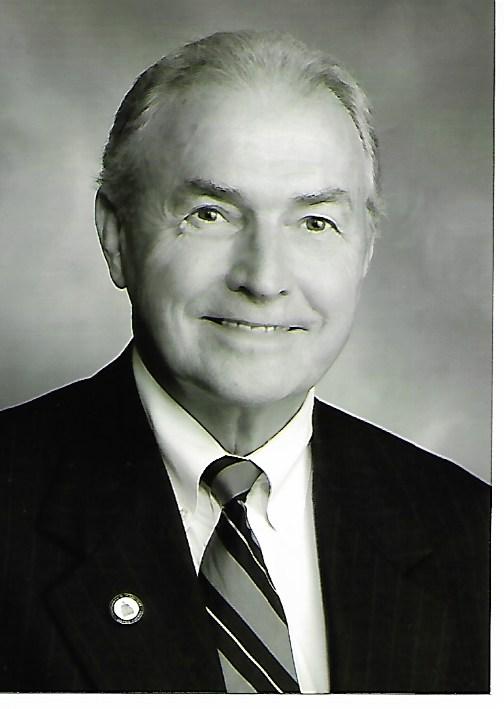 Russell Glen Mobley, 84, of Campbellsville died October 26, 2018 of complications from Parkinson’s disease at the Willows at Hamburg in Lexington.

Mobley was born on November 18, 1933 to Elmer Mobley and Ollie Allen Mobley in the Crane Creek community of Clay County as one of nine children. He attended a one-room school and graduated high school from the Oneida Baptist Institute in 1951. After service in the U. S. Air Force, Mobley received his B.A. and M.A. from the University of Kentucky. He married Carole Ann McDaniel Mobley of Lexington in 1957. Last year they celebrated their 61st anniversary.

In the early and mid-1960’s Mobley taught high school in the Lexington area, at Lafayette, Bryan Station, and Richmond Model. He directed the Lexington Children’s Theater and produced and directed musical theater for several summers in the Lexington area. He came to Campbellsville University in 1971 and was director of its theater program for 34 years.

Throughout his career, he was involved in local and state politics, church ministry, and sports broadcasting. He was the Republican candidate for the U.S. 6th congressional district in 1968, and served in state government as the Deputy Commissioner of Personnel, then Deputy Commissioner of Parks during the Nunn administration. In Taylor County, he was the Deputy Judge Executive in the late 1980’s. From 2000-08 he served in the Kentucky House of Representatives representing the 51st district (Taylor and Adair counties).

For two decades he combined his love for sports and theatrical skills as a radio broadcaster for high school football and basketball in the Taylor County area, and served as the “Voice of the Tigers” for Campbellsville University.

Mobley was a devoted husband, son, brother, father and grandparent, a mentor to many young people whom he taught or directed, and an avid sportsman who fished, played racquet sports, basketball, and golf. With Carole, he enjoyed travel all over the globe, especially annual trips to New York City for the latest Broadway productions. Gifted in the arts, athletics, public service, and church life, tall and handsome, possessed of a commanding voice and physical presence, yet kind and generous, he naturally assumed the role of “leading man” in the eyes of his family and many others.

A memorial service will be held on November 3 at 4 pm in the Russ Mobley Theater on the campus of Campbellsville University. The family will receive friends at the Parrott & Ramsey Funeral Home in Campbellsville from 11:00 A.M. -3:00 P.M. that same day. The family expresses its gratitude to the staff of the Willows at Hamburg for their tender care of our beloved “Papaw” over the past year and a half.