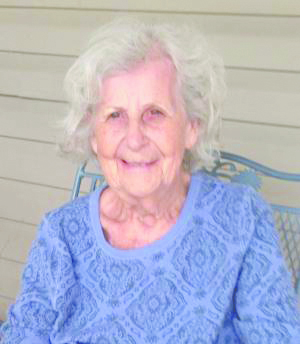 Joyce Spurlock, 83 of Boston, KY formerly of Louisville and Fairplay, KY passed away Friday, September 21, 2018 at 8:09 AM at her home after a long illness.

She was born November 4, 1935 in Adair County. She was the daughter of the late Odus and Elva Wheet Mitchum. She was the widow of Ernest Spurlock who ­preceded her death in 1998. She was also preceded in death by three brothers, William Leroy Mitchum,

Mrs. Spurlock was a former truck driver; she enjoyed watching TV and enjoyed her pets.

The funeral service was on Tuesday, September 25, 2018 at 11:00 AM at Stotts-Phelps-McQueary Funeral Home with Rev. Glenn LaFond officiating.

The interment was in the McClister Cemetery at Fairplay, KY.

Expressions of sympathy are suggested to Hospice of Nelson County at 711 McDowell Blvd. Bardstown, KY 40004.