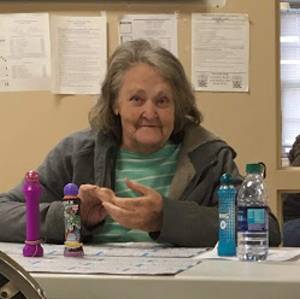 Mrs. Gilbert was a member of the Bloomington Chapel Church and was a former employee of Ford Motor Company in Sharonville, Ohio.

The funeral service is on Saturday, September 22, 2018 at 10:00 AM at Stotts-Phelps-McQueary Funeral Home with Bro. Ralph Foster officiating.

Interment is in the Fudge Cemetery at Breeding.

The family requests visitation Friday from 6:00 PM – 8:00 PM at the funeral home.