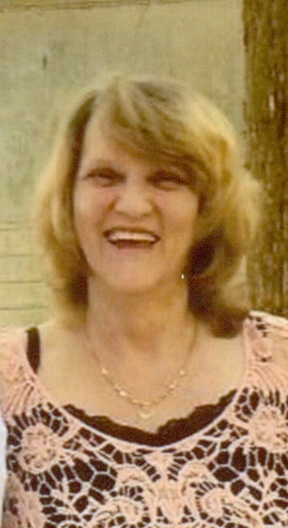 Dennie Murray, 67, of Knifley, passed away Thursday, August 9, 2018 at the Casey County Hospital in Liberty, after several months illness. She was born in Adair County on January 16, 1951, the daughter of the late David Lee and Bonnie Lou Hardwick Giles. Besides her parents she was preceded in death by one son, Michael “Mickey” Pyles on August 4, 2011.

She is survived by her husband Robert Murray of Knifley; two daughters, Angela Brumley (Randall) of Jamestown and Becky Lawson of Russell Springs; two sons, Jeff Pyles (Jennifer) and Dusty Pyles (Jessica) both of Knifley; nine grandchildren; one brother, Charles “Frog” Giles (Joyce) of Knifley; one sister: Judy Pyles of Knifley; one half brother, Gene Giles (Edna) of Ohio; and several nieces and nephews and a other relative and friends.

Dennie attended the Knifley Brethren in Christ Church. She enjoyed reading, gardening and spending time with family and friends.
The funeral service was on Sunday, August 12, 2018 at 2:00 PM at Stotts-Phelps-McQueary Funeral Home. The clergy officiating was Bro. Tony Streeval. Interment was in the Caldwell Chapel Cemetery, Knifley. The family received friends after 9:00 AM on Sunday at Stotts-Phelps-McQueary Funeral Home.