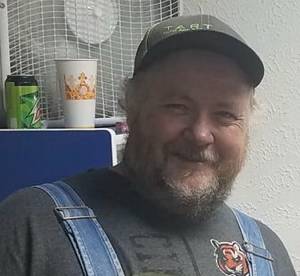 Robert Lee Gilbert, 48 of Glensfork, KY passed away suddenly Sunday, July 29, 2018 at the University of Cincinnati Medical Center in Cincinnati, Ohio from injuries he received in a pickup truck accident on Interstate 75 near Union, KY.

He was born November 27, 1970 in Wilmington, Ohio the son of Preston Albert and Betty Lou Corbin Gilbert. He was preceded in death by his father and one sister Betty Ann Gilbert

Survived by his mother Betty Lou Corbin Gilbert of Glensfork, KY, one brother; Preston Wayne Gilbert and wife Maggie of Batavia, Ohio Linda Sue Kain of Blanchester, Ohio and Joyce Allen of Blanchester, Ohio. Several other relatives and friends survive.
Robert had attended the Bloomington Chapel Brethren in Christ Church
A joint funeral service for Robert Gilbert and his nephew Allen Gilbert will be held Saturday, August 4, 2018 at 10:00 AM at Stotts-Phelps-McQueary Funeral Home. Clergy officiating;   Bro. Ralph Foster. Interment in the Fudge Cemetery, Breeding, KY. The family will receive friends from 6:00 PM until 8:00 PM on Friday at Stotts-Phelps-McQueary Funeral Home. Expressions of sympathy may be made to the funeral home toward the funeral expenses . Stotts-Phelps-McQueary Funeral Home in charge of funeral arrangements.