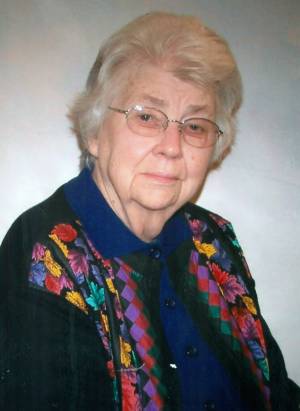 Dessie Page Frankum, 95, of Columbia, KY passed away surrounded by her loving family and friends Wednesday, July 4, 2018, at her home after several months illness.

She was born October 26, 1922, in Sparksville, Kentucky the daughter of the late Otis and Ora Emily Yarberry Page.  Dessie was preceded in death by her husband, Luther Owen Frankum on October 1, 2005, two sons-in-law, Don Grant and Ron Greene, one sister, Corrine Ballou and one brother, James Page.

She was united in marriage to her loving childhood sweetheart Luther Owen Frankum on February 24, 1940.

She lived an incredible life full of love, and was the epitome of the hardworking American woman, from her time as a real-life “Rosie The Riveter” during World War II in Chicago, Illinois to 25 years of factory work in Kentucky, and raising 3 children. She was brave and ever-strong her whole life, and until the very end.  She is irreplaceable, and the world for us who knew her will be a lot less bright. Her smile, sense of humor and wit were unmatched in our family.  She will be forever missed.

She is also survived by her family friend and caregiver; Keith Cook of Columbia, Ky.

Dessie is also survived by several nieces, nephews and a host of friends.

Funeral services were held  Saturday, July 7, 2018, at 10:00 AM at Stotts-Phelps-McQueary Funeral Home with her preacher Ed Sterchi of the Broadway Church of Christ officiating.

Stotts-Phelps-McQueary Funeral Home was in charge of the arrangements.