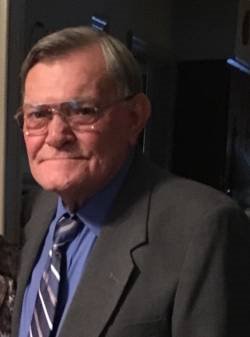 J. D. Montgomery, 79, of Columbia, KY passed away Thursday, June 14, 2018, at 11:14 AM at the Lake Cumberland Regional Hospital Hospice Care Unit in Somerset, Kentucky after a short illness.

He was born June 16, 1938, in Adair County, KY the son of the late Raymond and Pairlee  Pendleton Montgomery.

He was a member of the Shiloh Christian Church where he served as an Elder.

He worked for Earnest Simpson Construction Company as a painter and was a self- employed as a painter for over 50 years.

Visitation began at 9:00 AM on Monday at Stotts-Phelps-McQueary Funeral Home.

Expressions of sympathy may take the form of a donation to Shiloh Christian Church, 239 Shiloh Cemetery Road,  Columbia, KY   42728, or to Hospice 100 Parkway Drive  Somerset, KY 40503.