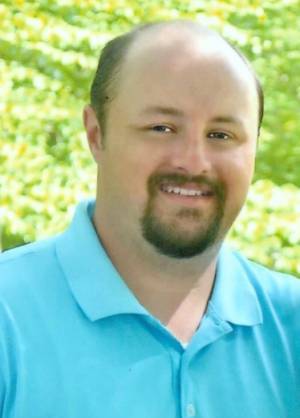 He was preceded in death by his grandparents; Eugene and Lucille Burns and Paul and Dorothy Curry.

Brandon is survived by his parents, Barney and Mary Anna Curry Burns; his wife,  Ashley Claywell Burns; and his daughter, Chloe Lanz, all of Columbia.

Brandon was expecting a son Jordan Parker Burns in August.

Brandon is also survived by a host of other family and friends.

Brandon attended the Columbia First Church of the Nazarene and was the Lindsey Wilson College Bowling Team Coach.

Brandon made a lasting impression on the lives of his student-athletes, family and countless friends.  His infectious personality and passion for life were evident whether on the golf course, in a bowling alley, or just spending time with those who loved him.

Expressions of sympathy may take the form of a donation to the Brandon Burns Memorial Endowed Scholarship at Lindsey Wilson College 210 Lindsey Wilson Street, Columbia, KY 42728 or may be left at the funeral home.

Stotts-Phelps-McQueary Funeral Home was in charge of arrangements.