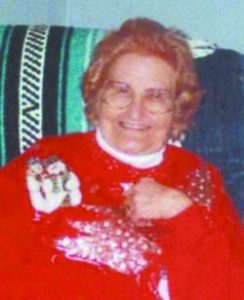 She was born June 3, 1920, in Monroe County, Ky., the daughter of the late Oliver J. and Mary Susie Hale Turner.

She was preceded in death by her husband, Kenneth Murrell Bledsoe on Nov. 12, 1987.

Mrs. Bledsoe was a member of the Emory Chapel United Methodist Church. She enjoyed reading her Bible and

many other books. She enjoyed sewing and quilting and growing exotic orchids.

Interment was in the Hardin Hadley Cemetery at Bakerton, Ky.