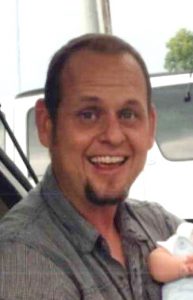 He was born March 27, 1975, in Somerset, Kentucky, a member of Columbia First Church of the Nazarene and a car salesman.  He was preceded in death by his father, George Neal.

Funeral services were held on Tuesday, May 15, 201,8 at 4:00 P.M. at Grissom-Martin Funeral Home with Bro. George Smith and Bro. Jeremy Willis officiating

In lieu of flowers, the family would appreciate a donation to the American Heart Association or J.O.Y. Ministries which can be left at the funeral home.