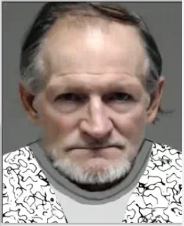 Doug was born in Oneida, Kentucky on October 9, 1950, the son of the late Johnnie and Barbara Burns Abner.

Doug worked in the harness racing business for many years tracks in Kentucky and Illinois. He was employed by Whirlpool in Texas.

Cremation was chosen and memorial services were held on Saturday, May 5, 2018, at the Abner Cemetery in Oneida, Clay County, Kentucky.