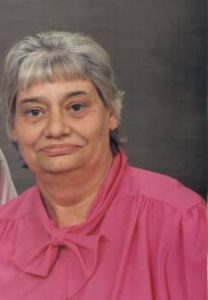 She was born March 24, 1939 in Gradyville, Kentucky. The daughter of the late John Edwin and Eva Lee Janes Sneed of Adair County, KY,  she was preceded in death by one daughter,  Catherine Sue Eller on March 19, 2017, and one brother J.T. Sneed.

She is survived by her husband;  Charles Murphy of Columbia, KY; two sons,  J. Edwin Brown of LaGrange, KY, and

and one sister,   Velma Walls of Glasgow,  KY.

Marie was a member of Hadley Community Church and a homemaker,  she greatly enjoyed the Christmas season.

Funeral services were held  Wednesday, May 9, 2018 at 11:00 AM at Stotts-Phelps-McQueary Funeral  Home

Interment was in the Antioch Cemetery

The family requested visiting after 1:00 PM on Tuesday at Stotts-Phelps-McQueary Funeral Home.