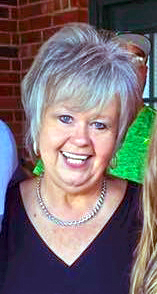 Robin Smith, 61, of Columbia, died Friday, Jan. 19, 2018 at 4:48 a.m. at Norton Hospital in Louisville. She was born July 12, 1956 in Louisville, Ky, to the late James Edwin and Mary Elizabeth Moore Sneed. In addition to her parents, she was preceded in death by one sister, Rebecca Sneed Gunn. She was an active member and volunteer at 3Trees Church and an Academy Coordinator at Wal-Mart.

She is survived by her husband, Robert Smith of Columbia; one son, Jaime Smith and his wife Rachel of Hodgenville; one brother, Steve Sneed of Floyds Knobs, Ind.; one sister, Melissa “Liz” Bowers of Louisville; five grandchildren, Morgan, Lewis, Kannon, Carter and Hevan Smith; her furbabies, Sammy, Cat, and Stormy; several other relatives and friends. Funeral Services were held on Wednesday, Jan. 24, 2018 at 11:00 a.m. at 3Trees Church in Russell County with burial following in the Moore Cemetery. Casket Bearers were: Dwight Staten, Shawn Shirley, Neal Smith, Jon Harden, Josh Harden and David Harden. In lieu of flowers, the family requests donations to Sugarfoot Farms in Robin’s memory. These may be left at the funeral home. Grissom-Martin Funeral Home in charge of arrangements.