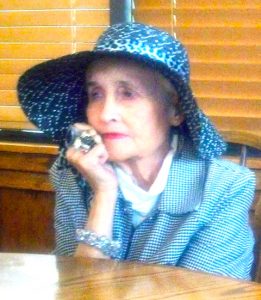 Jerry Elaine Lawless Moore, 78, of Columbia, passed away on Jan. 7, 2018, leaving behind an enduring legacy as a devoted wife, mother, and businesswoman.

Born in the family home to Forest Herbert Lawless and Jewell Corrine Loy on April 9, 1939, Jerry was raised in the Moore’s School House Community of Russell County.

After graduating from Russell County High School in 1957, she moved to Chicago with her cousin. It was there that she met her life partner, Bobby Joe Moore, also a Kentucky native from Adair County. The couple returned home and were married on May 30, 1958, in front of beloved family and friends. Shortly after, Jerry and Bobby established a home in Adair County, where they were blessed with five children.

In 1981, Jerry, along with her husband Bobby, began operating B&H Poolroom, located on the square next to the old Loy’s Department Store. Seven years later, in Feb. 1988, Moore’s Poolroom was open next to the Columbiana Theater on the southwest side of the square. Thirty years later, this Columbia institution stands as a tribute to Jerry, where the food is always tasty, the service always friendly, and the atmosphere always lively. With its smoky ambiance, clacking of billiards, and the aroma of burgers and onions frying on the grill, Jerry was a constant, greeting guest with her hardy hello and welcoming smile.

On a keyboard tucked behind the booths, it wasn’t uncommon to find Jerry tickling the ivories, or singing a tune with someone who plucked down one of the guitars hanging from the paneled walls. Jerry was a self- taught pianist, who performed locally with her sisters Janet, Betty, Gladys, and Debbie. The sister act made appearances at special events, singing standards and pop hits of the day. It never occurred to Jerry to be shy, and her personality shone from her singing to her wardrobe.

Jerry’s love of dancing was also evident at Moore’s. At any given time, she might be found dancing between the tables with friends and customers. Her favorite partner, however, was her husband Bobby, whom she whirled through life with for over 60 years.

Jerry was a member of the Russell Heights Baptist Church. Her adoring husband of 59

Memorial services were held on Wednesday, January 10, at 2:00 p.m., with interment to follow in the Columbia Cemetery. Brother Stanley Watson officiating.