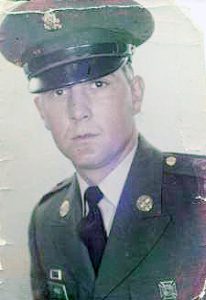 Dallas Ray Holt, 71 of the Montpelier Community of Adair Co. passed away Sunday, Jan. 7, 2018 at 12:29 a.m. at the University of Ky. Medical Center in Lexington after several weeks illness.

He was born on March 26, 1946, in the Montpelier community, the son of the late Jess Thomas and Lyda McGaha Holt.

He had professed faith in Christ, he was a construction worker, a Veteran of the Vietnam Era serving his county in the United States Army, member of the local VFW Post 6097, American Legion, DAV, NRA, was an avid hunter who enjoyed his Beagles.

Interment was in Haven Hill Cemetery with full military honors presented by the local VFW Post 6097.

Expression of sympathy are suggested to take the form of a donation to the American Cancer Society or the Green River Animal Shelter and may be left at the funeral home.