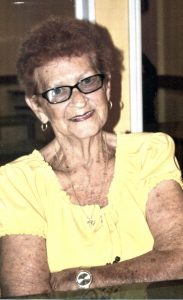 Betty Jean Flaynik, 92 of the Holmes Bend Road Columbia, Ky. passed away Tuesday, Jan. 2, 2018 in Jacksonville, Fla. after an illness

She was preceded in death by a son, Michael McFarland and a stepson Raymond McFarland.

Mrs. Flaynik was a member of the Good Shepherd Catholic Church and was the manager of the Shepherd Shop for 13 years.

There will be no visitation or memorial services held, cremation was chosen.