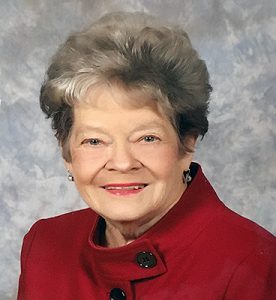 She was born March 22, 1929, in Adair County, to thelate Mont and Mattie Keltner Maupin.  In addition to her parents, she was preceded in death by her husband, David Caldwell on June 19, 1985, by her brother, James C. Maupin and two sisters, Libby Dohoney and Frances Pepper.  She was a member of Columbia Christian Church and retired from the USDA.

One daughter – Marsha Grider and her husband Tommy of Columbia

One son – Bryan Caldwell and his wife Crystal of Columbia