As the Kentucky legislature returns this month to hear stances on many different topics, there is one bill that will cross the Senate floor that is rooted in one Adair County family. Senate bill 91, or “Bella’s bill” is a bill designed to require the Department of Public Health in the Cabinet for Health and Family Services to provide public educational resources related to CMV to pregnant women and to add CMV to newborn screenings.

“We’re making a very concerted effort in Frankfort for Senate Bill 91 and trying to work in a bipartisan manner in honor of the Streeval family and especially Bella Dawn,” said State Senator Max Wise who is sponsoring the bill. “We think this is a common sense piece of legislation as it would provide education for expectant mothers as well as screenings after birth. I will work and I will push as hard as I can to try to get this passed across the finish line.”

On Feb. 5, 2017, Keith and Sarah Streeval were happy and excited to be welcoming their daughter Bella into the world. Sarah says her pregnancy was rather normal but as soon as Bella was born their world changed forever.

“I didn’t even get to see her, she was immediately taken away and we didn’t know what was wrong. Bella was then transferred from Taylor County (where 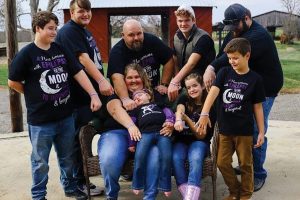 she was born) to Norton’s NICU where after several tests and three days later it was discovered that she had CMV,” Sarah said.

There were teams of doctors and several specialists that had to be involved in Bella’s care. Keith and Sarah had never heard of CMV before and had to get themselves educated quickly on their daughter’s illness. Sarah said that even then, it took them over a year to realize the magnitude of her diagnosis.

Bella had Lennox-Gastaut syndrome (LGS) seizures which is a severe form of epilepsy, cerebral palsy which caused respiratory issues, autonomic dysfunction and she was completely deaf and legally blind.

In October of 2019, the Streevals found out Bella was experiencing about ten seizures an hour, they knew the end was coming and were able to prepare. Hospice came in right after Bella’s third birthday when she was diagnosed with a respiratory illness that she was not able to recover from. On April 7, 2020 Bella passed away surrounded by her family.

“Right now Kentucky has 300 stillbirths a year and no one knows how many are a result of CMV,” Sarah said. “I want every child tested at birth.” 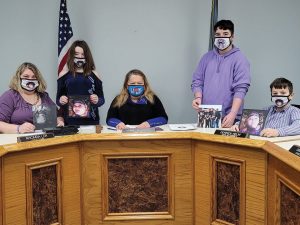 Those interested in supporting universal testing for CMV in Kentucky can visit the Bella’s bill Facebook page or visit bellasbill4cmv.com. Sarah asks that everyone wear the color purple next week in honor of Bella as that was her favorite color.

“She had the best laugh,” said Sarah. “We would have doctors just come by our room. Just to hear her laugh and to see her smile. She had the biggest blue eyes. She was gorgeous.”

Editor’s note: Cytomegalovirus or CMV is a common virus that can affect people of all ages. In the United States, nearly one in three children are infected with CMV by age five. Over half of adults have been infected with CMV by age 40. For most people with a healthy immune system, the virus rarely causes illness. However, it can be very dangerous if passed to an unborn child with no immune system. In Kentucky, 1 out of every 200 children born in the state will be born with this virus.