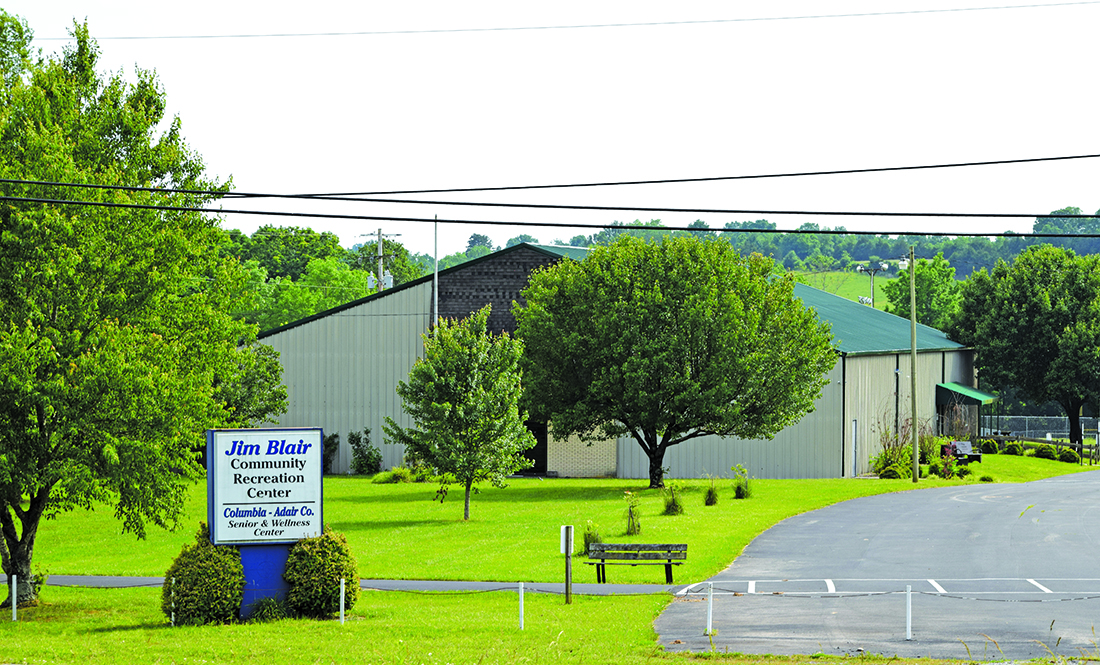 Control of the Jim Blair Center has again become a point of contention between the city and county governments. A majority of the June 1 meeting of the Columbia City Council was dedicated to a discussion of recent communications between the two government entities.

The discussion began when the mayor turned the floor over to City Attorney Derrick Helm, saying he had an update on the Jim Blair Center. Helm stated that last year, on April 10, 2019 he sent a letter to County Attorney Jennifer Hutchison-Corbin requesting the fiscal court send the city “information pertaining to business records of the Jim Blair Center. As of April 28, 2020 we had not received a reply or correspondence regarding that request.” Helm stated that his letter was sent at the request of Mayor Hoots.

Helm said that on April 28, the city received a letter from the Hutchison-Corbin “outlining what the county believes is the amount owed to them and asked that payment be made within thirty days to avoid further legal action.”

After discussion with Mayor Hoots, Helm sent a response letter to the county attorney. The Adair Progress obtained copies of the letters from the county and city, as well as the original agreement signed between then Judge Executive Ann Melton and then Mayor Mark Harris on May 27, 2011.

The letter from County Attorney Jennifer Hutchison-Corbin, sent by request of the county, asked for payment from the city of Columbia for their portion of the mortgage and monthly expenses for the Jim Blair Center. “Enclosed please find copies of the bills and receipt for the amount owed with an itemization showing $18,617.58 is owed through March 31, 2020.” The letter ends asking for payment of that amount within 30 days to avoid further legal action.

In the response letter, the city attorney reiterated his request from last year for the Jim Blair Center business records and stated that “to date, I have not received a response to my request for an accounting by the County of all receipts and expenditures regarding the Jim Blair Center since 2011.” He also stated that he did not believe the city has received any of those records to date.

In an interview County Judge Executive Gale Cowan concerning the letters, requests, and the events of the meeting, Cowan stated that County Treasurer Melinda Quinn had recently received a call from City Clerk Rhonda Loy stating she only needed the 2019 information.  Quinn supplied that information and included the available 2020 figures. Loy confirmed she made the request for 2019 records and that she had received the information, but that her request and Helm’s request were made separate of each other.

The letter from Helm went on to state, “More alarmingly, it appears that the County has unlawfully transferred money from its Local Government Economic Assistance [LGEA] account to cover the County’s liability of operation costs for the Jim Blair Center, in violation of KRS Chapter 42.”

The letter also once again asks for all records of expenditures and revenues from the Jim Blair Center since May of 2011 no later than May 30, 2020.

The statute in question specifically states what LGEA funds may be applied towards. The statute requires 30 percent of funds must be spent on the county road system, which can include equipment, and the remaining funds can be spent in several different priority categories. Line E of related expenses designates Recreation.

When asked about possible unlawfully transferred money, Cowan stated that the county uses money from their budget to pay their half of expenses of the Center and that the Jim Blair facility would fall under the Recreation category.

“In any case, I’ve contacted the Department for Local Government and received confirmation from them that we have acted appropriately,” said Cowan.

The Adair Progress obtained copies of emails from two government officials concerning Cowan’s statement. Robert Brown, the State Local Finance Officer and Counties Branch Manager with the Department for Local Government stated “Adair has been receiving both impact and mineral relative to LGEA. Impact money, of course, is restricted. However, mineral would be an allowable expense if the county actually used mineral funds to pay the expenses.”

In an email from Laura Redmon, Budget Manager for the department, she stated, “In the current biennium budget (for all LGEA funds received in FY 2019 and 2020) there was no restriction of having to use a certain portion of funds on roads. The entire allocation (both LGEA coal and mineral) was opened up to the eligible uses found in your budget manual. And, yes, providing opportunities for recreation is an eligible expense.”

Cowan went on to say, “Everything that has been received in revenue has gone back into the Center. It is a separate fund. We can’t take it out for anything else. Now, I can only speak for what we have done since I became Judge, but we have operated the center as it is legally required to be run.”

To this end, the city has paid $7,393.70 of the $18,617.58 requested by the county. The money paid covers the city’s half of the debt owed for the property. The remaining funds the county is seeking are for expenses, which Helm’s letter states the city will no longer pay.

“We went through the county’s obligation to the city and the city’s obligation to the county,” Helm said about his letter. “We outlined that the city is maintaining its one-half portion of the debt service on that project. And we brought back into focus that the county has had dominion and control of all the proceeds, the monies, regarding the Jim Blair Center over that nine-year period and the city has never received one cent of proceeds from that project.”

In response to the letter, Judge Cowan stated that the county handles a lot of activity at the property that they do not bill the city for. “Until the virus shut it down, inmates were used to mow the property, so we never billed for that. At that point, we had to ask the city to step up to help with the mowing there over the last two months and they have, and we appreciate that. For the past 9 years, the county has absorbed the cost of accounts payable, accounts receivable, ordering all supplies, maintenance at the building above what could be done by the employee out there, and mowing.”

The agreement signed concerning the Jim Blair Center is short. Signed by then Judge Executive Ann Melton and then Mayor Mark Harris, the agreement discusses how the two sides will share expenses. The first paragraph discusses the formation of the Columbia-Adair County Parks and Recreation Board (which was dissolved last year).

The second paragraph says the both parties agree to equally divide costs for the Board, which would entail any expenses at the Center. They also agree to provide insurance necessary for the property, liability and workers compensation coverage. The agreement also states that any costs for insurance costs incurred by the County (who provides insurance through the Kentucky Association of Counties) would be reimbursed by the now dissolved Parks and Rec Board.

Missing from the agreement is any mention of revenue. The agreement does not address dividing revenue from the facility, only costs.

“Last year, I proposed a new agreement to address revenue, but they [the city] never signed it,” said Cowan.

Helm states in the letter that Mayor Hoots proposes two possibilities for the future of the recreational complex. Either the county should assume sole ownership and liability of the center, or that they should transfer their interest and liability of the center to the city, thereby ending the partnership between the two governments concerning the property. The city asks for a response by June 15.

At the conclusion of Helm’s address, council member June Parson asked, “Since this has proven for a long period of time now to not be a good partnership, would it be out of line to make a motion to direct our legal counsel to proceed with whatever actions he could to terminate this partnership?”

Council member Craig Dean asked if the agreement could just be dissolved.

Dr. Ronald Rogers asked what the mayor and city attorney would recommend the council do.

“I personally think the city should take it over,” said Mayor Hoots. “I think we are in a position to take it over. My concern with this is that they do have the senior citizen center at that location. I believe there were issues with their budget on how to appropriate funding relative to the grant for the senior center. That was resolved sometime last year, so the five-year contract did not go into effect until that time. So, there is still a lot of time for that to go. I don’t want to get rid of the senior center, it is an asset to our community. It will continue to be there no matter who owns it.” The Jim Blair Center is used on weekdays by the Lake Cumberland Area Development District for senior citizen activities.

“I don’t like the idea of it having to go to the master commissioner sale,” said Dean. “I would rather deed it over to them or whatever we have to do to get out of it ourselves. We spoke with them a couple of years ago both ways, we were willing to take it over or they were willing to take it over. I know they weren’t interested in handing it to us. So, we tried to move forward and nothing has changed.”

Dr. Rogers then moved that the city council “continue with the June 15 proposal and maybe we can hear from the county? I think that’s our best procedure to go through until after the 15th of June. I don’t want to get into a contest with the county. Somebody needs to be running the Jim Blair Center, one entity. I would like for it to be us. I think we as a council and the Parks and Recreation Department would do an excellent job of running it. But let’s give it until June 15 and then we can go from there.”

The council agreed to Dr. Rogers’ suggestion and will await a response from the county. Judge Cowan stated that the response is currently in the works.