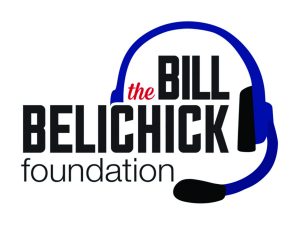 The Adair County Middle School football team has been awarded a $10,000 grant from the Bill Belichick Foundation. The foundation was created “to provide coaching, mentorship, and financial assistance to individuals, communities and organizations.”

ACMS head football coach Wes Stephens found out about and applied for the grant last spring. Stephens had been expecting to hear back from the foundation much sooner than now. “The application said winners would be announced in November,” Stephens said. “That time passed, and I never heard anything.

“I assumed it was a long shot and we just didn’t get it. I never thought anything else about it.  Then, a couple of weeks ago, I got an email saying we had received the award. It was quite a surprise.”

“Our boosters work hard to raise money for the kids, but we would never be able to come up with this kind of money,” Coach Stephens said. “ I would have to ask the board of education for funding, but luckily this will save them money.”

Apart from updating the team’s equipment, Stephens hopes to be able use the money left over to help sponsor the youth football camp this summer.

“Obviously, with the health concerns we are facing now, that will be a little bit up in the air,” Coach Stephens said. “Once we are able to gather in groups, we will all get together and work out the details about that.”

According to health officials, virologists, and epidemiologists, our best chance to gather together again as soon as we can is to practice social distancing and be mindful of our cleanliness and health.

“I hope everyone is taking care of their families and staying safe,” Coach Stephens said. “The more precautions we take now, the better off our community will be in the long run. Our staff and players’ health is our top priority, so we encourage everyone to take the necessary steps to stay safe and healthy. We look forward to the chance to come together in the future and play some football!”

When play does resume, and we get to cheer for our young people once again, we can remember back to now, to this announcement during this trying week, and cheer all the louder with pride in just how far we have come.

“This is a huge award for Adair County Middle School,” Coach Stephens said, “and we couldn’t be more excited!”

The Bill Belichick Foundation was established in 2013 by New England Patriots Head Coach Bill Belichick. Belichick, an eight-time Super Bowl champion coach with the Giants and Patriots, is also the son and father of football coaches. His father Steve was a longtime college assistant at Vanderbilt, North Carolina, and most famously, the United States Naval Academy, and his son Stephen is the Patriots’ defensive backs coach and defensive play caller.