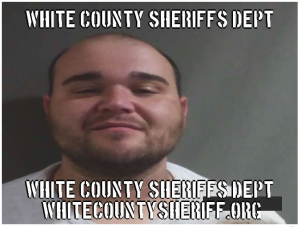 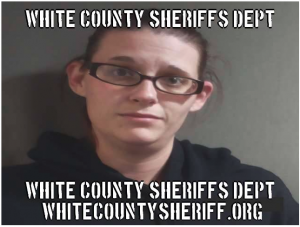 Last Thursday, the Dollar General Store located at 7775 Campbellsville Road just inside the Adair County line was the scene of an armed robbery.

Timothy Smith, 34, and Brittni Smith, 31, have been identified by the Adair County sheriff’s office to be suspects in the crime.

At 1:33 a.m. Monday morning, Sheriff Josh Brockman received a call from White County Sheriff Doug Maier in Illinois stating that they had both Timothy and Brittni Smith in custody.

The arrest ended an apparent crime spree by the Smiths. The trek for the two suspects began in Tennessee. The two are alleged to have first robbed a Marathon station in Lebanon, TN at knifepoint.

The alleged subjects then fled to Kentucky where Sheriff Brockman believes the two spent the night at the Sleep Inn.

On Thursday, December 12, at 8:14 a.m., a man entered the Dollar General Store at the Adair/Taylor County line, presented a black handgun and demanded cash. After getting $150 from the store, the man got in a silver SUV with a female waiting for him.

After leaving Dollar General in Adair County, the two travelled to Campbellsville where they are believed to have stolen two vehicles before heading to western Kentucky.

On Friday, December 13, the Adair County sheriff’s office swore out warrants with County Attorney Jennifer Hutchison-Corbin for the arrest of Timothy and Brittni Smith for armed robbery 1st degree. Commonwealth Attorney Brian Wright authorized full extradition of both suspects to be brought to Adair County to face charges when they were caught.

That same Friday, in Grand Rivers, KY in Livingston County, the suspects were once again alleged to have committed another robbery. Kentucky State Police reported that at approximately 12:10 p.m., a male subject entered the BP gas station there off Interstate 24 and robbed the station at knifepoint.

Kentucky State Police determined that the male subject in the surveillance video from the BP matched the description of the male involved in the Adair County robbery.

The two suspects then headed to Illinois where, according to the White County sheriff’s office, they are believed to have robbed a gas station in neighboring Edwards County, Illinois.

The arrest of the couple two days later brought an end to the hunt for the suspects. The two are suspects in four robberies in three states.

The suspects are currently lodged in the White County Jail. They are charged there with receiving/possession of a stolen vehicle. They appeared before a judge on Monday for arraignment. They are scheduled for a preliminary hearing on January 8 in White County, Illinois.